Martina (far left), is next to heavily pregnant Daisy, 15. Miriam Cruz , Alex’s wife stands with one of her two girls, while Zaida and Grover Isaac Frafan Ortega (far right) have four children.

Martina and Miriam, her daughter-in-law, peel potatoes they harvested from their allotment in the campo on the outskirts of the Municipal of Potosi. Biweekly, the family stay in a small hut on their plot of land while tilling their produce. Martina turns the potatoes into Papa Rellenas, a traditional Bolivian street food which she sells to miners returning home from the mountain. Miner do not usually eat within the mountain, using juice and cocoa leaves to stave off hunger. 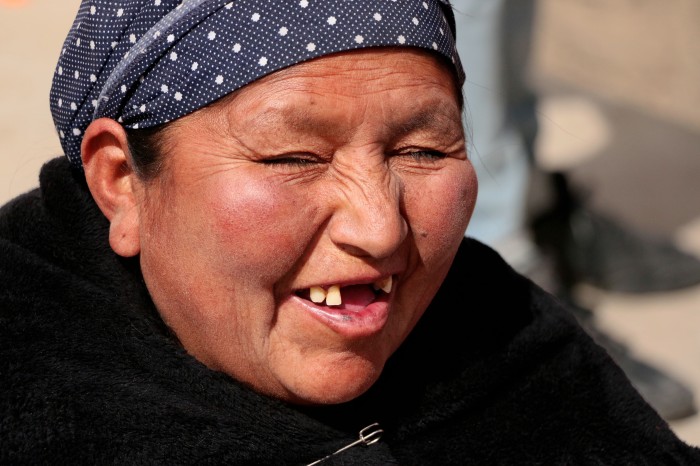 Martina Cruz is the matriarch of 5 children and 10 grand-children. Unlike the rest of her family, whose clothing reflects the phasing out of traditional Bolivian dress in the urban centres of Bolivia, her traditional pollera, or pleated skirt shielded the children from the dry winds as they hid in the folds of its fabric. 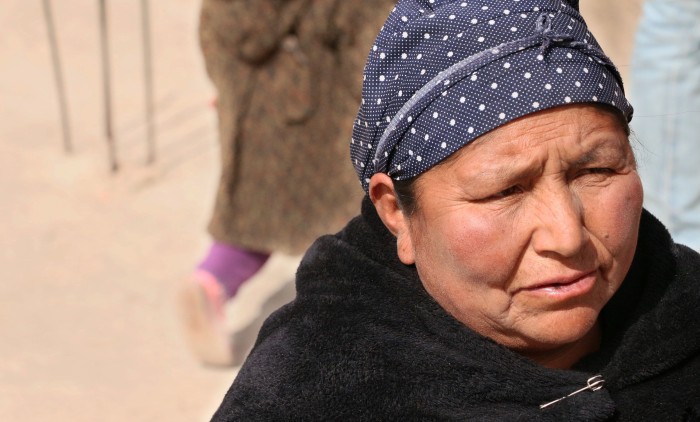 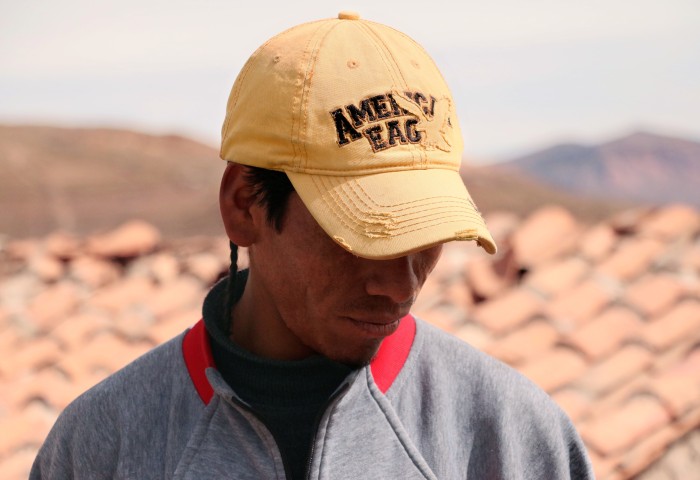 Grover Isaac Frafan Ortega, 24 is the father of 4 children with Zaida, his wife.

The bare terrace of the Cruz’s home is exposed to the dry winds of the altiplano, and the temperature falls a few degrees lower than within the sheltered streets of Potosi’s Historic center. The home, built by Guillermo Cruz, Martina’s husband who Julio mined with from the age of 18, no longer lives with the rest of the family. 13 family members inhabit the two room home, as well as a litter of puppies.

Julio stands outside his office, wearing his Alpaca coat for the cold winter months in Potosi. He commissioned a local artisan to cover the front of the building with graffiti depicting miners drilling for silver and tin; working as a reminder of the conditions, and mode of labour, he wishes to alter through his foundation ‘A New Dawn for the Children’ 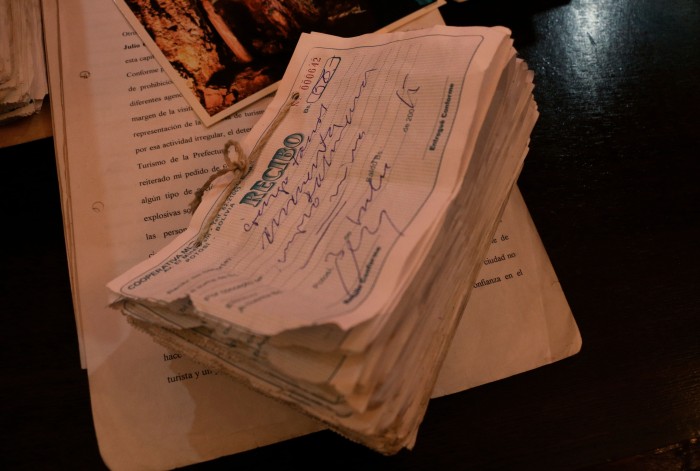 A stack of receipts of payments to the miners reflects the fruits of Julio’s activism for the miners. In 2011, Julio paid a lawyer to get a law reconstituted, obliging all tour companies in Potosi to give 15% of their ticket to the mining co-operative they visit-ed. Outside of this fee, the miners receive juice, cocoa leaves and dynamite from the tourists, purchased from the miner’s mar-ket. Julio has successfully requested for tour companies to be removed from Lonely Planet, or the ‘bible’ as he calls it, through their unethical treatment of the miners.